Hey you! Yes, you! Grab some popcorn and come this way.
I love cinema and as a real estate marketeer, my first reflex was to re-watch classic Hollywood movies on the subject. Somehow, I was convinced they would teach me something about the industry. And by some means, I was right; watching them made me realise quite a few of things about Real Estate.

So, without further ado, here are the 10 Real estate movies that will make you, real estate professionals, smile for how relatable they are. So sit back and enjoy the watch!

For its epic cast and dialogs, Glengarry Glen Ross has been referred to as THE real estate film out there. Based on David Mamet’s 1983 Pulitzer Prize-winning play, the film itself is interesting not for the way it depicts real estate professionals but for the lessons it teaches us on sales in general. Throughout the film, the angry, weak, lying and small-minded characters in Glengarry Glen Ross demonstrate exactly how not to sell a house. Which is precisely why it teaches us so much.

A few lessons I learned:

99 Homes is one dark film which sheds a light on the terrible housing situation after the housing market crisis in the US. Rather than exploring reasons why the housing crisis started in the first place, it focusses on the effect of the crash. In the film, we discover Dennis Nash (Andrew Garfield) who gets evicted from his childhood home by real estate broker Rick Carver (Michael Shannon). Through a succession of events, Nash comes under the control of Carver and is led to evict people from their homes himself. His desire to get his Orlando rancher out of Carver’s slimy hands is directly challenged by his envy for Carver’s success.

Peter Klaven (Paul Rudd) has everything. He’s getting married. He has a great job as a realtor. Only problem? He has no friends and needs to find a best man for his wedding. It is while he is relentlessly trying to sell celebrity Lou Farringo's house that he comes across Sydney Fife (Jason Segel) who, clearly, didn’t have any intention of buying a house in the first place. His main interest? Picking up recently divorced woman.

In Hollywood Homicide, two main characters Sergeant Joe Gavilan (Harrison Ford) and K.C. Calden (Josh Harnett) are investigating a series of murders in Hollywood. Throughout the story, we follow Gavilan who turns out to be moonlighted as a real estate broker. But why is this interesting?

Absolute classic of Hollywood, American Beauty’s main plot is both twisted and eye opening for the lessons it teaches us. Centre to this: Lester Burnham (Kevin Spacey) the self-described looser and his tragic love-affair with teenage girl Angela (Mena Suvari). Dark and funny in many ways, American Beauty becomes somewhat relatable to anyone who watches it. Even for you, real estate professionals. Though your industry does not constitute the primary focus, the character of Carolyn, Burnham’s wife, brings it to the table through her job as an estate agent. What does she teach us? Nothing too good on first impressions.

Adult world depicts precisely what Real Estate professionals are nervous to face today: the unconventionality of millennials. Through the character of Amy (Emma Roberts), we discover the whole new sense of priorities of this generation. And clearly, purchasing their first home doesn’t seem to be one of them. Amy seems trapped by her disillusions: she relies too much on her parents and pursues wholeheartedly a dream she will struggle to reach. Though extreme, the character of Amy teaches us about the functioning and main concerns of the generation many still struggle to grasp.

For all Revolutionary Road-lovers out there, I must warn you: this summary will not focus on the deeper meaning of the movie but rather on a more general conception of what it is about.
Based on Richard Yate’s 1961 classic novel, Revolutionary Road makes us discover the controversial topic of suburban malaise. The story itself follows the lives of Frank and April Wheeler, a couple who just moved from the city to the suburbs back in the mid-1950s. As the scenes pass by, their couple slowly degrades. The main thing to blame? The all-too-unexciting life in the suburbs.

From all the films in the list, this is by far the one my younger-self watched the most. Not that it is the best but more so because I used to find it hilarious. The Money Pit follows the misadventures of Walter Fielding (Tom Hanks) and Anna Crowly (Shelley Long), a young couple which decides to purchase a million-dollar-home for a bargain sum of $200 000. They don’t take long to realise the mistake they just made as their first-home slowly falls to pieces. But enough said! I don’t want to spoil the whole film for you.

In The Big Short, Adam McKay skillfully tackles an otherwise boring subject that is the housing and financial crash of 2007-2008. Through the dramatic tension created, we are given to discover how the global financial system works and the importance of real estate in its functioning. In fact, we discover how the Real Estate market crash happened in the first place. An overall good film to watch and learn from, especially for those who have just started in the Real Estate business.

Closing Escrow follows the story of three couples whom happen to being looking for their dream home. Portraying the sometimes difficult compromise between expectations of both buyers and brokers, Closing Escrow is filmed as a documentary rather than as a film (which, to be fair, just makes the whole thing even more hilarious). Through the extreme personalities of its characters, the film sheds a light on the sometimes tough reality of the real estate industry. Indecisive clients, last-minute pressured buyers and unorthodox realtors come together to make us laugh to tears.

I hope you enjoyed going through this list of real estate movies. I, personally, had great fun going through them again. On a side-note, for the generally bad light in which Real Estate Agents are presented, I think it might be wise of you to keep your clients away from these films. Unless, of course, if you want to get rid of them. 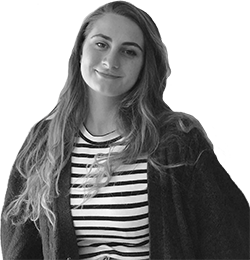 The Break Room
Must read marketing books for top Real Estate agents
Discover the marketing books that will help you make a significant difference in real estate and become a top agent.
Read more
Quentin Delvigne
Marketing
What is the perfect website builder to start your blog?
Wordpress, Wix, Squarespace, Ghost, Weebly. Which website builder should you use for your real estate blog? Check out our reviews!
Read more
Quentin Delvigne